2022 – Year of economic opportunity for Cambodia 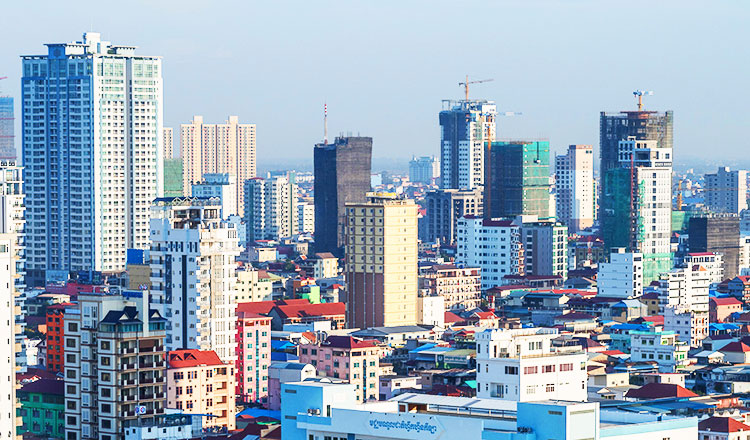 Posted at 14:29h in Business, Investment by vuthy 0 Comments

With the regional spotlight placed firmly on the Kingdom, 2022 is undoubtedly a year of economic opportunity and diplomatic recognition for Cambodia. As we wave goodbye to February, let’s take a brief look at how the government has capitalised on the chances this year has presented so far.

Starting with Prime Minister Hun Sen’s chairmanship of the Association of South East Asian Nations (ASEAN), which was kickstarted with the Prime Minister placing the restoration of civil peace in Myanmar as his number one priority – making his first diplomatic visit to the country just six days into his chairmanship.

“We cannot call ourselves Asean if we only have nine of our members. We have to rescue Asean by bringing it up from just nine back to 10 full members. That is the highest priority for Asean.”

By doing this, Cambodia firmly established itself as a progressive and diplomatic nation, letting the world know that it is in principle a trustworthy and reliable economic partner built on an ethos of unity and cooperation.

Second to Prime Minister’s chairmanship, Cambodia is championing consumer sentiment across the ASEAN region by controlling the spread of Covid with the region’s fastest vaccine rollout in conjunction with the adequate provision of sanitisation equipment and mandated use of PPE. Foreign ministers and distinguished business people alike have highly commended the government’s effective action.

This stern action has resulted in a swift reopening of Cambodia’s economy, drawing in attention from Foreign Direct Investment (FDI) and pushing the IMFs projected growth forecast for 2022 up to 5.7 percent. To nourish and support this influx of investment, the government has made reforms to the law on FDI and tax incentives for eligible SMEs.

Last November, the legal reform on FDI was promulgated to create a framework that is “open, transparent, predictable and conducive to investment to qualitatively, effectively and efficiently attract and promote investments in Cambodia.”

The updates to the law set out to accelerate and simplify certification for FDI by bolstering the ‘one-stop’ mechanism and centralising all elements within the process. Other features of the reform include a 150 per cent cost deduction on Human Resource Development and longer tax breaks for QIPs, with a staggered return to the maximum payable tax after the break period has ended.

The eligibility criteria for Qualified Investment Projects (QIPs) now extend to “green activities” and projects that support the environment and sustainability of Cambodia. Many more SMEs and activities now fall under the QIP status, with Minister Sok Chenda Sophea, Secretary-General of the Council for the Development of Cambodia (CDC), expected to release the ‘Negative List’ in a sub-decree soon.

The CDC has since been working hard to engage various embassies and commerce chambers from around the ASEAN network, welcoming audiences from associated business communities, to re-affirm the message that “all sectors in Cambodia are open to foreign investors” to build confidence and encourage economic cooperation from overseas partners.

Speaking of investment and trade partnerships, Cambodia is now part of the Regional Comprehensive Economic Partnership (RCEP), which came into force on January 1st 2022. The RCEP is the world’s largest Free Trade Agreement which has 15 countries from around the Asia-Pacific region, including China, South Korea, Japan, Australia and Vietnam.

Under this agreement, which accounts for nearly one-third of the global GDP, Cambodia is set to receive ‘Preferential Treatment’ for exported items such as raw and processed agricultural products and industrial goods.

Cambodian Chamber of Commerce vice-president Lim Heng said, “The more free trade agreements the Kingdom is engaged in, the better,” suggesting that Cambodia may vie to become a part of other FTAs such as the Comprehensive and Progressive Agreement for Trans-Pacific Partnership (CPTPP), to which the United Kingdom has just been granted accession to.

The government has also been upgrading the digital infrastructure to ensure better compliance and fluency under these multi-lateral trade agreements, as evidenced at the Small Package e-Trade for SMEs (SeT4SME) ceremony held last month. This two-year project will digitally link Cambodia Post and General Department for Customs Excise (GDCE).

All this, in addition to a multitude of public and private partnerships, upgrading of logistical infrastructure and state-run initiatives show that the spirit of the tiger has been embodied within the government’s action plan, as it boldly and wisely strives towards its economic goals for 2030 and 2050 in a promising start to the year 2022.