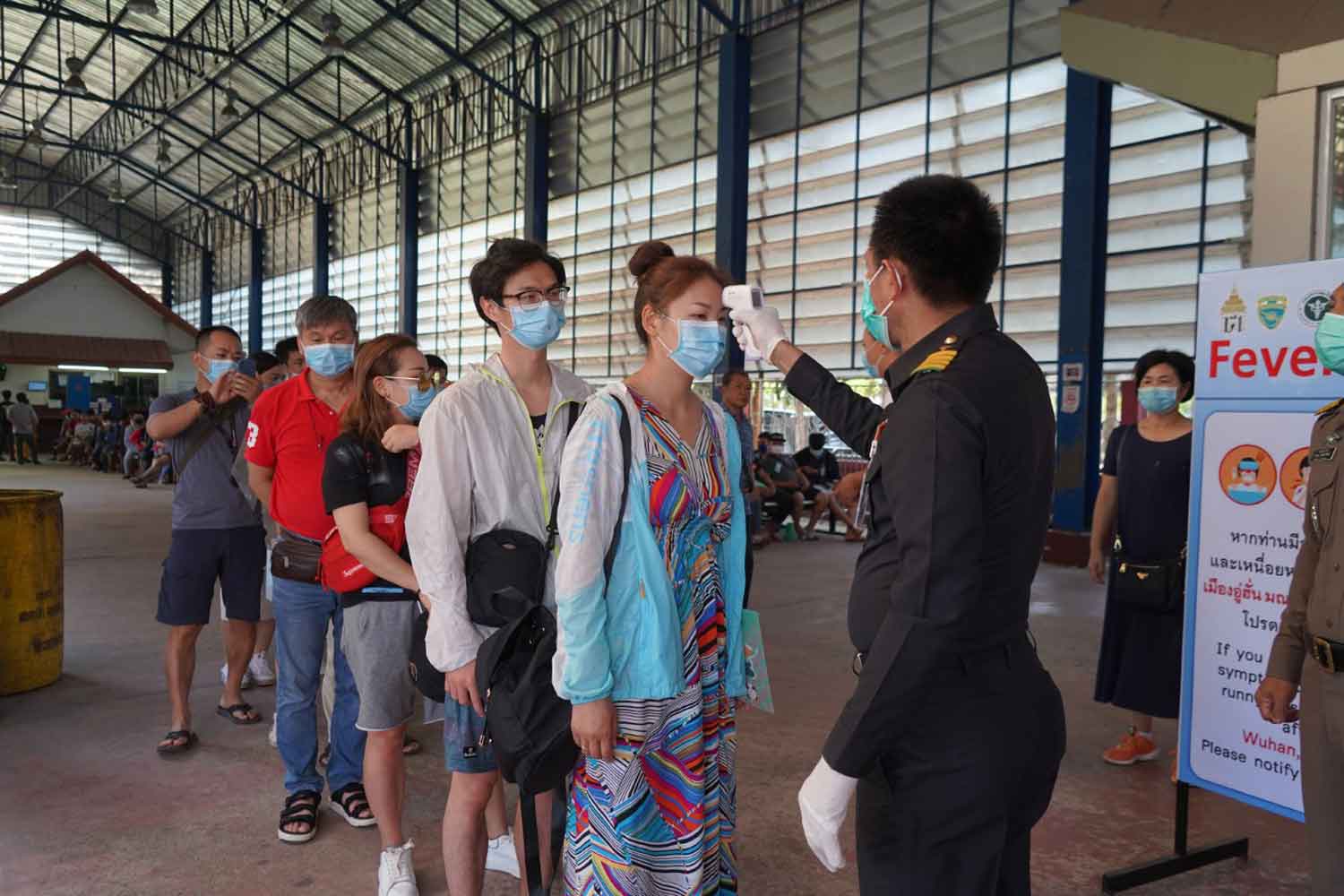 Posted at 16:23h in Business, Investment by vuthy 0 Comments

PHNOM PENH — Economists and local businessmen said the Cambodian economy would most likely feel the impact of any economic slowdown in China, on account of the novel coronavirus outbreak, which has now been declared a global health emergency.

Chinese stock markets crashed Monday morning, falling more than 8 percent, the first time the Shanghai stock exchange has seen such a drop in five years. The spiraling coronavirus outbreak has exposed deep concerns among investors about the potential economic fallout from the viral epidemic.

Mey Kalyan, member of the Supreme National Economic Council (SNEC), said that Cambodia would face a “medium” level impact from the viral outbreak, on account of the economy’s links to Chinese investors, who were intertwined with market forces in China.

“I believe the impact is not going to be small and we have to keep an eye on the situation and see how it goes,” Mey Kalyan said.

“The big investor’s country [China] is having a problem now and we have to be concerned about that,” he added.

Cambodia’s economy has become increasingly reliant on Chinese investment and foreign aid, especially in the construction and real estate sectors. Online gambling operations provided a lot of the impetus to spur these investments, especially in the coastal town of Sihanoukville. The government said it has now shut down all online casino operations in the southern province.

According to Cambodian Council for Development, from 2016 to August 2019, China accounted for nearly $8 billion of the $22.5 billion foreign direct investment in Cambodia, with the Kingdom receiving 50 percent of its in foreign investment from China in the first six months of 2019.

This heavy investment, which has resulted in ever-growing geopolitical bonhomie between Phnom Penh and Beijing, could be impacted by the viral outbreak and become a cause of concern for Cambodia’s economic prospects, experts said.

Agriculture tycoon Mong Reththy said the agricultural sector relies heavily on Chinese investments and that he was personally seeing the effects of the viral outbreak – Chinese businesses were delaying meetings and potential orders.

“That’s because of the outbreak, otherwise it wouldn’t have been delayed,” he said. “There are concerns and preventions everywhere but I don’t know if, and how much, we can overcome this.”

In its annual update last year, the World Bank said a slowdown in the Chinese economy would directly impact the construction and real estate sectors in Cambodia.

Nget Chou, a Cambodian economist, said four of Cambodia’s critical economic sectors – agriculture, tourism, garments, and construction – had 50 percent of its investors from China and the effects of the viral outbreak would depend on its severity and duration.

The viral outbreak, which has resulted in more than 17,000 positive cases around the world, has seen China shutter businesses around the epicenter of Wuhan, Hubei, and multiple countries issuing advisories preventing travel to the Asian economic powerhouse.

“So, the [Cambodian] government needs to have a mechanism and policies in place to be ready from now to deal with this problem and its long-term effects,” he said.

Prime Minister Hun Sen last week said that he would not stop air and sea routes to China nor would he prevent the entry of Chinese nationals into Cambodia, admitting that this would affect the Cambodian economy.

However, Tourism Minister Thong Khon said last week that tourist groups were canceling their trips to Cambodia, on account of the coronavirus, with official ministry statistics showing a more than 10 percent drop in visitors last month to the country’s premier tourist destination, Angkor Archaeological Park.