Cambodia included in top 20 destinations for 2020 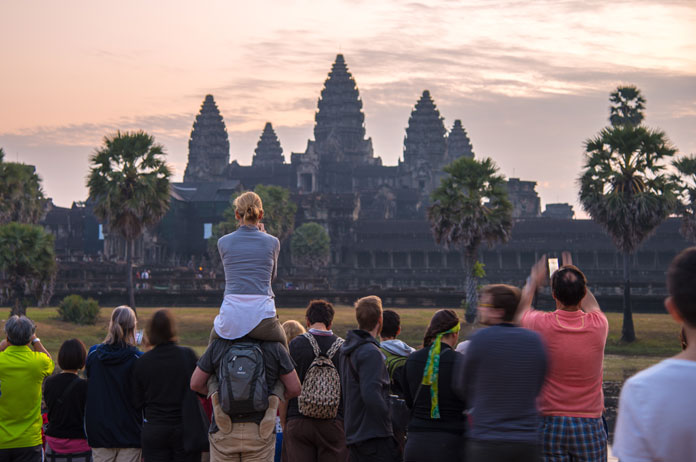 Posted at 10:32h in Business by vuthy 0 Comments

It has been a good year for Cambodia and its tourism industry.

Less than a month after the Kingdom saw its tourism competitiveness go up, another major accolade has come its way. Cambodia’s ranking in the Travel and Tourism Competitiveness Index (TTCI) went up three notches to 98th after placing 101st globally last year.

The 2020 list was dominated by countries from Southeast Asia, including Indonesia (1st), Thailand (2nd), Philippines (8th), and Vietnam (10th).

Conde Nast Traveller based its ranking on the responses of more than 600,000 of its readers who were asked to rate the world’s countries, hotels, cruise lines, cities, and resorts, among others.

This latest accolade points to the fact that Cambodia is well on its way to rehabilitating its image as a war-torn, tourist-averse country. For many years, Cambodia’s reputation as a landmine-littered conflict zone drew nothing more than the most courageous and adventurous travellers.

This also means that Cambodia’s efforts at improving its tourism industry and diversifying its offerings to the outside world are making headway.

While mostly focused on the world-famous Angkor Wat in the past, Cambodia has started to develop its potential to become a leading beach and eco-tourism destination in the region.

In the last few years, there have been massive efforts to improve the beaches in the provinces of Preah Sihanouk, Koh Kong, Kampot and Kep provinces, as well as in more than a few offshore islands. Projects to develop the Kingdom’s eco-tourism potential, meanwhile, are being pursued in Koh Kong, Pursat, Kampot, and Kampong Speu.

In his opening message during the 3rd Cambodia Travel Mart last week, Minister of Tourism Thong Khon emphasised that when it comes to tourism, Cambodia ‘has now the best investment conditions and opportunities in the region’.

Cambodia, which received 6.2 million foreign visitors in 2018, is expected to welcome 6.7 million visitors this year and 7 million by 2020.