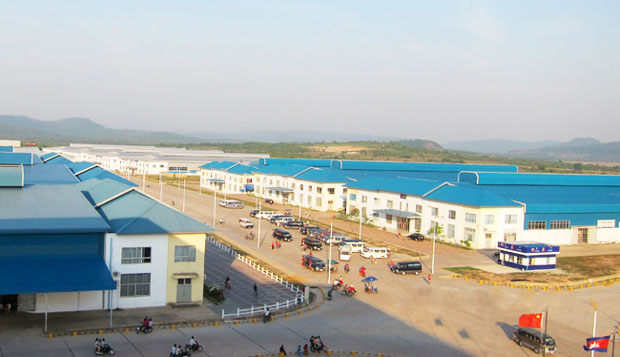 Posted at 21:01h in Investment by vuthy 0 Comments

Cambodia is one of four Asean nations where the influx of foreign direct investment reached record levels last year, according to a study by the Asean Secretariat and the United Nations Conference on Trade and Development (Unctad).

The Asean Investment Report 2019, released last week, finds that FDI to Asean rose by 5 percent to a record $155 billion last year, making 2018 the third consecutive year of rising investment in the region.

FDI flows increased in six member states, and in four of these – Cambodia, Indonesia, Singapore, and Vietnam – it did so at a record rate.

Services accounted for 79 percent of all FDI in the country, while manufacturing represented 12 percent.

This year, Shenzhou International Group Holdings (China), one of the major suppliers to Nike, began building a $150-million garment factory in Phnom Penh Special Economic Zone, slated to be completed in 2021.

Meanwhile, QLM (Australia) opened a $1.5 million facility in the country as a base to expand into other emerging markets.

Van Sou Ieng, president of the Garment Manufacturers Association of Cambodia (GMAC), recently said investment in the manufacture of travel goods will double in the next two years.

He said the garment industry has been playing a crucial role in the economic development of Cambodia, helping to curb poverty.

However, the sector is now facing several challenges, foremost among them the threat of the European Union cancelling Cambodia’s Everything-but-arms (EBA) deal, which allows the Kingdom to export to the EU market duty-free.

In February, the European Union formally launched the process that could see the EBA withdrawn.

Commenting on the rise of FDI in his industry, Huy Vatharo, chairman of the Insurance Association of Cambodia (IAC), told Khmer Times yesterday that interest in insurance is growing rapidly in the Kingdom. This is the result of a growing middle class, macroeconomic stability and increasing awareness of the benefits of insurance among Cambodians, he said.

“As the market grows, life insurance expands because it focuses on the needs of consumers and the products that enable people to save money and enjoy high returns.

“The growth of the middle class and awareness of insurance will continue to boost the market in years to come,” he added.

Asean and Unctad’s report also points out that FDI in non-garment manufacturing activities is increasing because of a favourable investment environment, increasing industrialisation and the availability of low-cost labour.

Sumitronics further expanded in the country, and Toyota Tsusho Corporation strengthened its business development and marketing activities, according to the report.

The report also notes that Le Guérandais (France) formed a partnership with Confirel (Cambodia) for salt production for export.