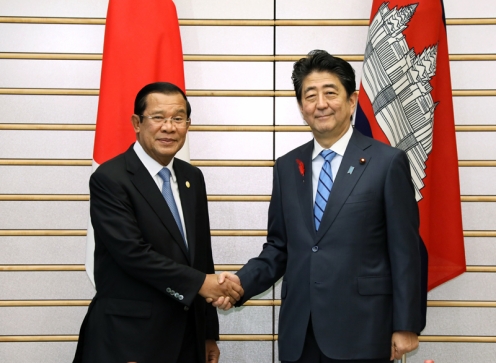 Posted at 09:54h in Business, Investment by vuthy 0 Comments

Japan and Cambodia have pledged to reach $2 billion in bilateral trade this year despite the impact of the novel coronavirus on the economy.

Speaking at a meeting on Monday between senior Cambodian and Japanese officials, Ministry of Foreign Affairs and International Cooperation spokeswoman Chea Kimtha said trade between the two nations this year will be substantial despite the impact of Covid-19.

Last year, bilateral trade exceeded the $2 billion mark, and for 2020 the countries have pledged to achieve at least $2 billion, she said.

“The officials committed to expanding trade and investment between the two countries, and agreed to urge the relevant institutions to work closely together to improve the investment environment in Cambodia to attract more Japanese investors,” she said.

Kimtha said during the meeting, Cambodian officials acknowledged the active role Japan is playing in the socio-economic development of Cambodia and expressed gratitude for its support in several areas.

“The Japanese side reaffirmed its commitment to continue assisting Cambodia, especially in priority sectors such as logistics, infrastructure, industry and human capacity building,” she said.

Since 1995, Cambodia has welcomed 141 Japanese investment projects, worth a combined $2.5 billion, according to data from the Council for the Development of Cambodia (CDC).

Most of these projects were in the energy, electronic component assembly, auto spare parts, agriculture, food processing, hospitality, health and retail sectors.

Sixty-six of these projects were in special economic zones, with an estimated capital investment of $340 million.

Cambodia exported more than $1.7 billion worth of products to the Japanese market last year, an increase of 7.7 per cent from 2018, said the Japan External Trade Organisation (Jetro).

The Kingdom imported over $563 million worth of products from Japan, a 33.4 per cent increase.