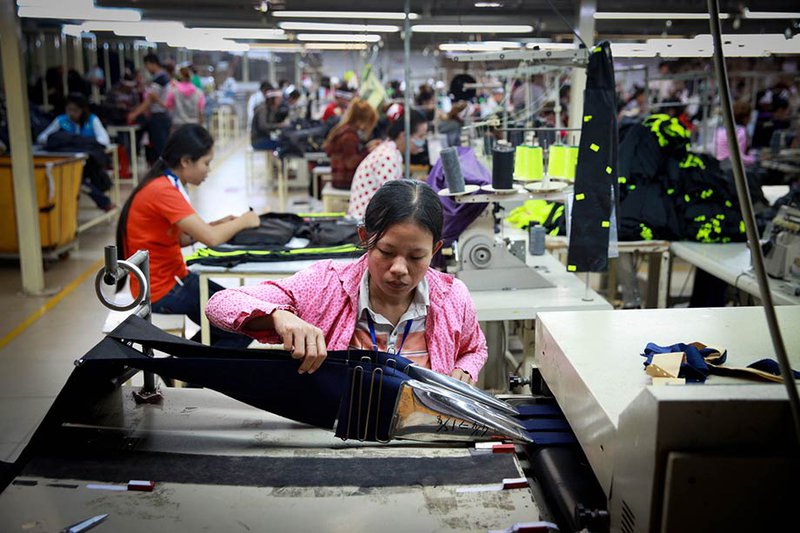 Posted at 15:10h in Investment by vuthy 0 Comments

Cambodia’s robust economic growth—annual GDP near 7% for most of a decade—is powered by agriculture, manufacturing (especially textiles), tourism and construction, according to Michael Sek Pheng Yeo, senior research manager for IDC Financial Insights and Retail Insights in Asia.

Cambodia is famous as a textile powerhouse; textiles are the lion’s share of exports—far outpacing the sector’s contribution to GDP.  “Sixteen percent of GDP is from the textile industry, but that accounts for 80% of export revenues,” says Yeo. Part of the explanation lies in Cambodia’s access to the European Union through its Everything But Arms (EBA) initiative, which gives 49 of the world’s poorest countries duty-free access to EU markets. The initiative applies to any exports except arms and ammunition.

That access and other advantages have attracted foreign investors. Since 2008, annual foreign direct investment inflows have increased almost continuously, reaching $3.1 billion in 2018. Yeo credits the government’s open foreign investment policy. “Industries that traditionally would be quite restricted in other markets, such as the financial sector, can be majority or wholly owned by foreign entities,” he says.

The US State Department’s 2019 briefing on investing in Cambodia says it can be “a relatively straightforward process,” with benefits such as generous corporate tax holidays, duty-free import of capital goods and no restrictions on capital leaving the country—in addition to the 100% foreign-ownership allowance. Coca-Cola opened a bottling plant there in 2016.

Chinese companies have been less leery of Cambodia than US firms, and in recent years have poured new money into their tiny, low-cost regional neighbor. World Bank estimates put China’s portion of Cambodia’s inbound FDI for the first half of 2018 at 90%. Physical infrastructure projects, especially real estate, are attracting the bulk of investment, according to the US State Department.

Even the healthy textile industry is a double-edged sword. “It’s one of the most basic industries that any country has,” Yeo says. “That makes them vulnerable to any other market.” Further, most of the country’s textile firms are not owned by Cambodians, but by companies based in China, Hong Kong, Malaysia and Singapore.

The Chinese government has made massive loans to Cambodia, with money going to Chinese companies to build offices, hotels, resorts and condominiums. “Sihanoukville is the city where you most easily see the influence of China and its investments,” Yeo says. While the projects create jobs and salaries, much of the profit is repatriated to China. Cambodians are worried about a China debt trap and the consequences of being unable to repay the loans.

Meanwhile, the EU is pressing on labor relations. “The EU has been looking at Cambodia’s human rights record and it is threatening to remove the country from the tariff-free list,” Yeo says.

Cambodia lacks even rudimentary infrastructure in technology. “[Cambodians] don’t have the skills for kind of high-tech manufacturing,” Yeo says. “The education levels are not yet there.”